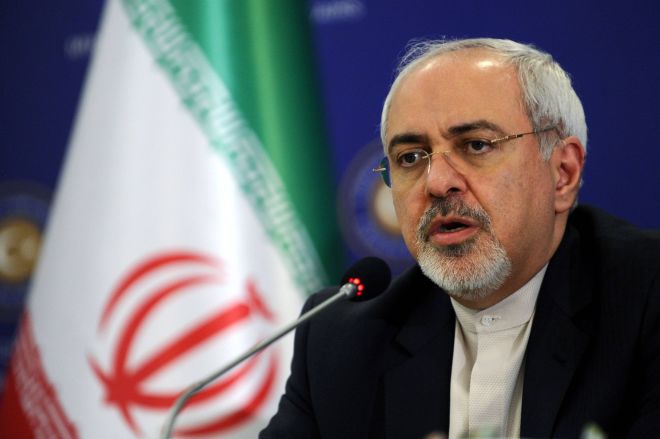 A U.S. Senate vote to extend the Iran Sanctions Act (ISA) for 10 years shows the world that Washington cannot be relied upon to act on its commitments, Iranian Foreign Minister Mohammad Javad Zarif said on Saturday.

Iran has vowed to retaliate against the ISA extension, passed unanimously on Thursday, saying it violated last year's agreement with six major powers to curb its nuclear program in return for lifting of international financial sanctions.

"To the world community, the extension of sanctions against Iran shows the unreliability of the American government," state broadcaster IRIB quoted Zarif as saying upon arrival in India for an official visit.

"America is acting against its commitment," Zarif added.

U.S. officials said the ISA renewal would not infringe the nuclear agreement. U.S. lawmakers have also said the ISA extension would make it easier for sanctions to be quickly reimposed if Iran contravened the nuclear deal..

But Iran's nuclear energy chief, Ali Akbar Salehi, who played a central role in reaching the nuclear deal, described the extension as a "clear violation" if implemented.

The diplomatic thaw in swing between Washington and Tehran over the past two years looks in jeopardy with U.S. President-elect Donald Trump taking office next month. He said during his election campaign that he would scrap the nuclear agreement.

Last month, Supreme Leader Ayatollah Ali Khamenei had already warned in November that the extension would be viewed in Tehran as a breach of the nuclear accord and threatened retaliation.

Behrouz Nemati, spokesman for parliament's presiding board, was quoted by state TV on Saturday as saying MPs would introduce a measure on Sunday demanding the government "return to initial (nuclear) enrichment conditions" before the deal.

Khamenei and his hardline loyalists have criticized the deal and blamed President Hassan Rouhani for its failure to deliver swift improvements in living standards since sanctions were lifted in January.