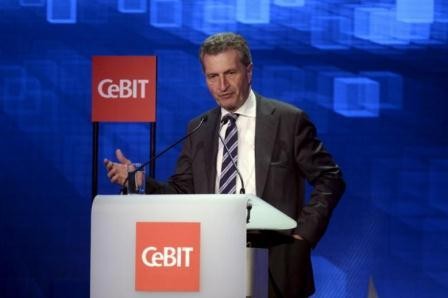 Europe must give U.S. President-elect Donald Trump a chance to continue the transatlantic partnership and the Republican's first remarks after his election victory were "at least wise", European Commissioner Guenther Oettinger said on Thursday.

"Of course we're disappointed and surprised by the outcome, but we have to accept this," Oettinger told German broadcaster Deutschlandfunk.

He added Europe should give Trump and his "hopefully professional team" a chance to continue the transatlantic partnership based on shared values.

The German commissioner said the U.S. election campaign had been characterized by fierce rhetoric, lack of respect and lies.

"Now we have to see if there'll be a fresh start and the first remarks by Trump were at least wise," he added.