Islamic State strikes back to slow Iraqi forces in Mosul 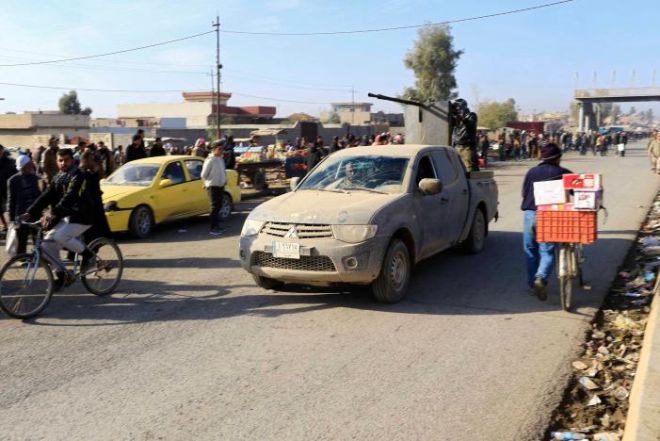 Islamic State fighters retreating in the face of a seven-week Iraqi military assault on their Mosul stronghold have hit back in the last two days, exploiting cloudy skies which hampered U.S.-led air support and highlighting the fragile army gains.

In a series of counter-attacks since Friday night, the jihadist fighters struck elite Iraqi troops spearheading the offensive in eastern Mosul, and attacked security forces to the south and west of the city. On Sunday two militants tried to attack army barracks in the western province of Anbar. Police and army sources said the attackers were killed before they reached the base.

Iraqi officials say they continue to gain ground against the militants who still hold about three-quarters of the country's largest northern city. One military source said the militants had taken back some ground, but predicted their gains would be short-lived. "We withdraw to avoid civilian losses and then regain control. They can't hold territory for long," the source said.

But the fierce resistance means the military's campaign is likely to stretch well into next year as it seeks to recapture a city where the jihadists are dug in among civilians and using a network of tunnels to launch waves of attacks.