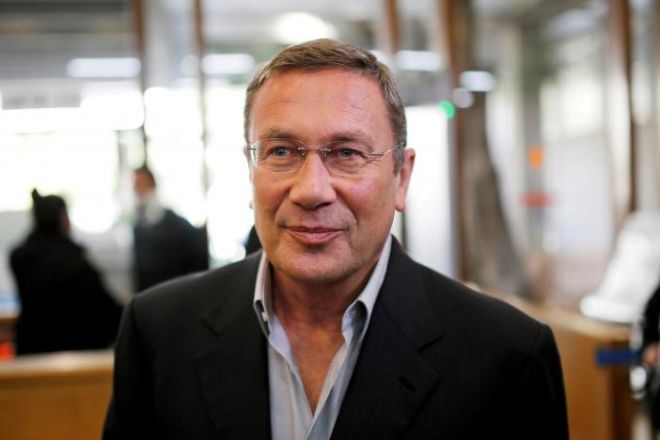 Nochi Dankner, once one of Israel's most powerful businessmen who lost his business empire in the global financial crisis, was sentenced on Monday to two years in jail after being found guilty in July of manipulating share prices.

In February 2012, after things had turned sour for his business empire, Dankner propped up the price of shares in his conglomerate IDB to help a stock offering, a Tel Aviv district court judge found in July.

At the time, IDB had a complex pyramid of control with multiple levels of holding firms and subsidiaries. But it hit hard times when the market crashed and some investments, such as a major Las Vegas real estate deal, failed.

His case has led to economic reforms in Israel, with the government passing regulations to increase market competition.

Dankner, together with businessman Itay Strum, who was also found guilty, created a false impression there was strong interest in IDB stock when in reality banks and institutions were not keen on investing, the court said.

A court spokeswoman said Dankner was sentenced to two years in jail and fined 800,000 shekels ($200,000). Strum received a one-year sentence and a 500,000 shekel fine. There will be a 45-day delay in carrying out the jail sentence to allow them to appeal the guilty verdict.

Dankner and Strum have denied any wrongdoing. A lawyer for Strum said his client would appeal.

In its July verdict, the court described how Strum's company bought IDB stock on the Tel Aviv Stock Exchange, only to sell it off the exchange to Dankner's own network of investors and use the money received to buy more IDB stock.