Most inspiring person is woman who saved child 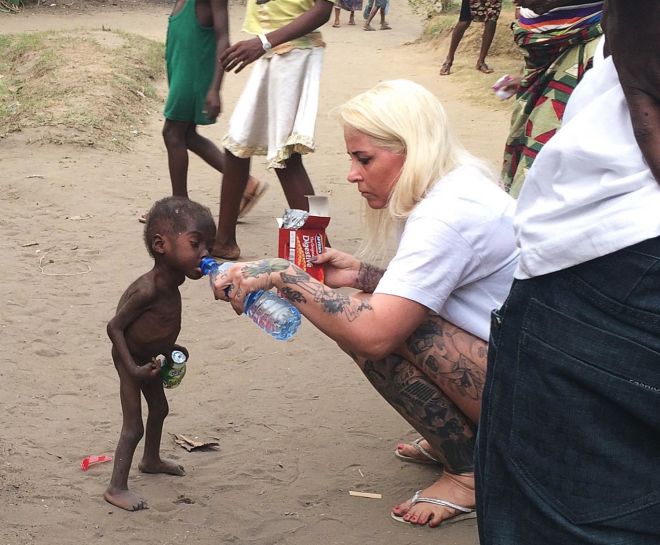 A woman who rescued a two-year-old boy who had been cast out by his own community for being a “witch-child” has been recognised in an international list of the most inspiring people of the year.

Anja Ringgren Lovén, a Danish care worker who adopted the young Nigerian boy back in February, beat the likes of Pope Francis, Barack Obama and the Dalai Lama to top the list of 100 inspiring individuals compiled by German-language Ooom Magazine.

An image of Ms Lovén giving two-year-old Hope some water was shared around the world, and served to highlight the work she was doing to help orphan children in Nigeria.

Before he was rescued by Ms Lovén and her husband David, Hope had been cast out by his own family on the basis of rural superstition, forced to live on the street where he contracted a number of illnesses including worms.

Speaking today about the experience, she said: “He was the size of a little baby, my whole body froze.

“I became a mother myself 20 months ago and I was thinking of my own son when I saw the boy. For me it was clear at that moment that I would fight with all my strength for him to survive.”

“Anja Ringgren Lovén is a beacon of hope and the most inspiring person of the year 2016,” said Georg Kindel, OOOM’s editor-in-chief, who led the jury that chose the list. “When she saw the starving child, she acted like a human being and became an inspiration for millions. Her sustained efforts to help the abandoned children of Nigeria gives us hope and encourages us to follow suit.”

The outgoing US President Barack Obama was named second on the list. The jury said he stood for “peace, tolerance and freedom” and that, despite failures during his leadership including on Guantánamo, Syria and Iraq, “we will miss him anyway”.