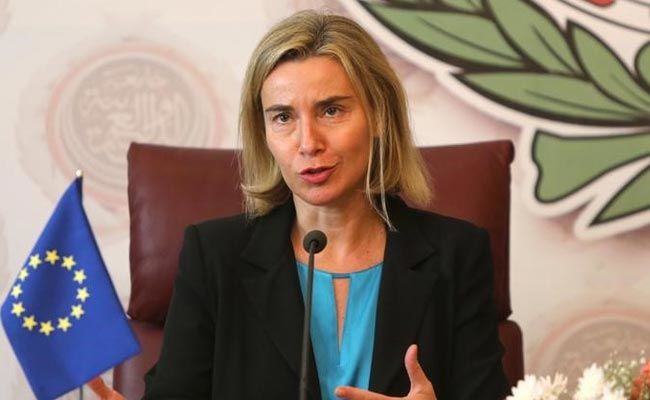 Representative of the EU for Foreign Affairs and Security Policy Federica Mogherini said that, EU hopes for a progress in the negotiations on the Nagorno-Karabakh conflict following the previously reached agreements.

She made the remarks during the OSCE Ministerial Council Meeting Dec. 8 in Hamburg.

Mogherini added that the sides of the Nagorno-Karabakh conflict should seek to establish a lasting peace in the region.

Following the meeting in St. Petersburg, Azerbaijan’s President Ilham Aliyev and Armenia’s President Serzh Sargsyan confirmed in a joint statement the agreements reached during the Armenian-Azerbaijani summit in Vienna.

These agreements are aimed at stabilizing the situation in the conflict zone and the creation of an atmosphere conducive to advancing the peace process.

Therefore, they agreed, in particular, to increase the number of international observers in the conflict zone, the Kremlin website reported earlier after the meeting of the Azerbaijani, Russian and Armenian presidents in St. Petersburg on June 20.