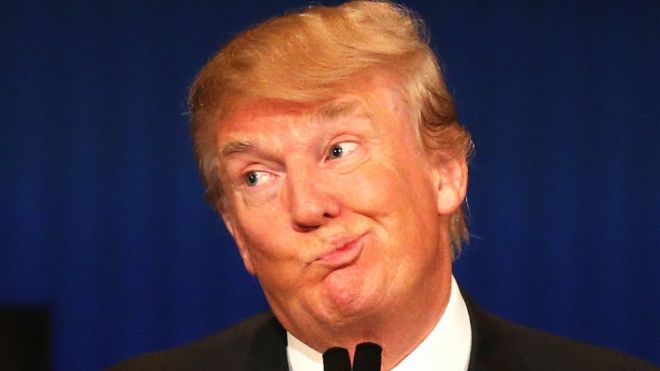 Wall Street indexes have broken record after record in the month since businessman Donald Trump won the presidential election November.

The so-called “Trump effect" has investors hyped about the president-elect's promises and his "pro-growth" strategies that many hope will "make America [and its economy] great again".

Investors were wary on election night when it became apparent Trump would become the country’s next president. Dow futures plunged 750 points, or 3.3 percent, as results came in.

The following day on Nov. 9 the stock market began with losses but managed to reverse the trend as investors soon came to terms with the result and focused on Trump's economic promises.

Steve Goldman heads the Goldman Management trading firm and pointed to a number of policies Trump wants to implement to boost economic growth.

Trump campaigned on a promise to lower corporate taxes from 35 percent to 15 percent in an effort to create jobs and increase income and consumer spending to boost the economy.

He also promised $1 trillion to be spent on infrastructure that would raise government spending and add jobs to the economy.

With infrastructure spending expected to increase, the demand rose for stocks of major American investment banks – boosting their shares which triggered the early gains on Wall Street immediately after the election.

The rally was on.

During the course of the next month, the Dow Jones industrial average gained 7 percent, from 18,321 points on Nov. 9 to 19,614 points Thursday, according to data compiled by Anadolu Agency.

Between Nov. 9 and Dec. 8, the Dow broke its all-time highest closing record a whopping 12 times.

From Nov. 21 - 23, the Dow and the S&P also broke their individual closing high marks for three consecutive days.

Since Trump's election, the S&P has recorded new high on six days, while the Nasdaq posted records on four days.

Goldman believes the rally will continue through the first quarter of 2017.

"It's been eight years or longer that we had a pro-growth platform such as lower taxes for the consumer and corporations," he said.

"And, there will be a unified government, with the Congress, the Senate, and the White House. All unified. That will make it easier to get pro-growth strategies approved," he added.

Republicans will hold a majority in the Senate and the House of Representatives in the 115th Congress, allowing for Trump's economic policies to be adopted a lot easier than with a divided balance of power.