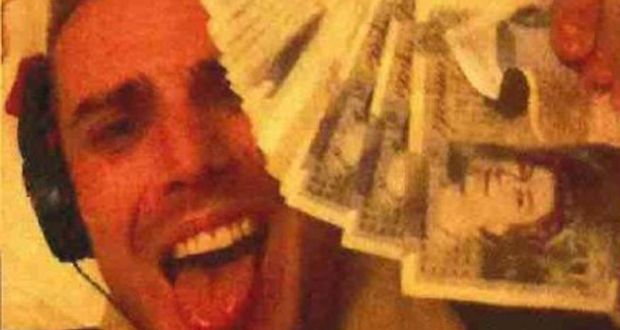 A drug dealer who posed for selfie pictures with a wad of fanned-out notes he gained from his crimes has been jailed for six years.

But the image fell into the hands of police in England when it was found on a media player after he was arrested for possessing cannabis at a property in Milton Regis, Kent, on October 24th, 2015.

Police then seized around 1,500 ecstasy tablets with an estimated street value of up to £15,000 at the building, along with traces of other drugs including amphetamine.