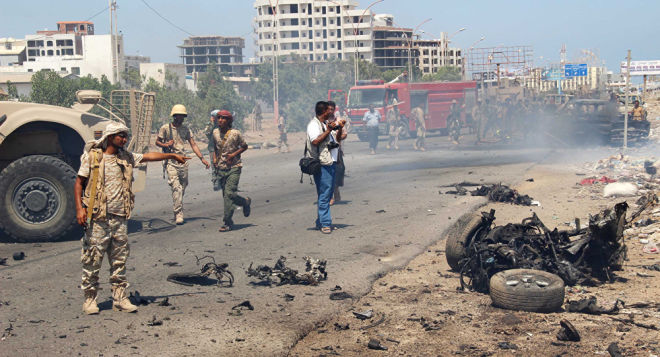 A bomb exploded on Saturday outside a military camp in the southern Yemeni port city of Aden, killing at least 20 personnel, a local security source told.

Axar.az informs, the bomb was hidden inside a car parked near the gate of the al-Sulban military base. The explosion also injured some 30 people, the source said.

No group has immediately claimed responsibility for the attack. Yemen has been engulfed in a violent conflict between the internationally-recognized government and Houthi rebels since 2014. Daesh and al-Qaeda terror groups, both outlawed in Russia, are operating in the south of the country.