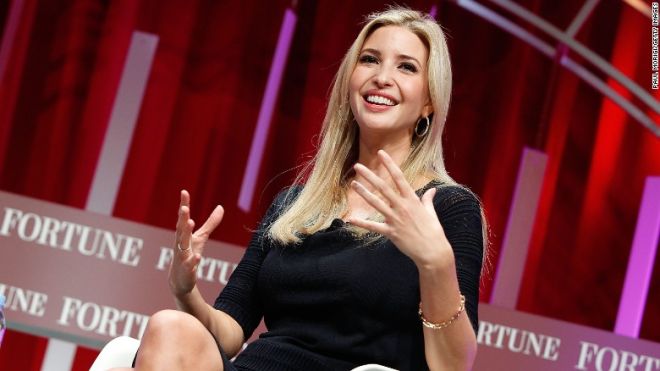 Ivanka Trump will reportedly be given an office in the White House in an area typically reserved for the First Lady.

Donald Trump’s transition team are reportedly planning an “office of the first family” in the East Wing of the presidential estate.

Ms Trump’s official role has yet to be confirmed but speculation continues to grow that she will play an important part in the President-elect’s administration.

However, a spokesperson for Mr Trump denied the claims saying nothing had been finalised.

"No decisions have been made regarding Ivanka's role," Mr Trump’s spokesperson Hope Hicks told CNN.

It comes as Melania Trump confirmed she would not be moving into the White House in January but will continue to live in New York with her son Barron while he finishes the school year.

The news led many to speculate that Ivanka could take on a similar role to the First Lady’s in Melania’s place.

Mr Trump announced last week that his two adult sons, Donald Jr and Eric, would take over his businesses before his 20 January inauguration as president.

He also said he would “love” to have Ivanka and her husband, Jared Kushner, involved when he takes office.

"If you look at Ivanka — she's so strongly, as you know, into the women's issues and childcare, nobody could do better than her," he said in December.