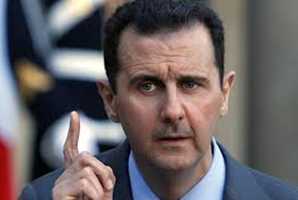 We will explain our new plan with Russia and Iran after making Aleppo safe.

Axar.az reports that, Syrian President Bashar Assad said that in an interview to RT TV channel.

According to him, at present, Western countries make a serious effort to save terrorists. The president said would be getting a cease-fire with the opposition, the struggle would countinue.