Downloads from the website of ASEC will be paid 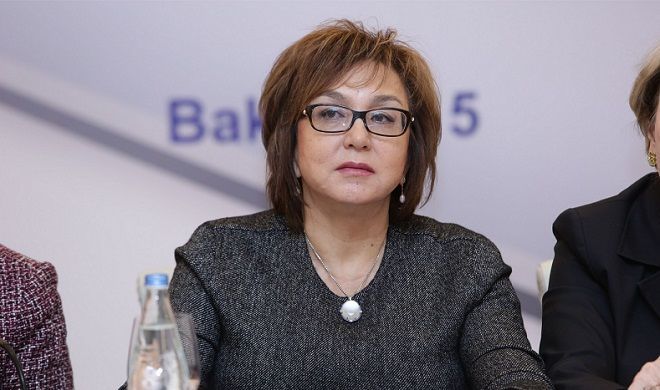 The State Examination Center (SEC) has detailed reasons of making some changes to the rules of examination every year.

Axar.az reports citing to SEC, Maleyka Abbaszade, chairwoman of the SEC Board of Directors told a press conference dedicated to the rules of the final assessment of those studying in Baku general education schools for 2017: "There are various questions about yearly changes made to the examination rules".

“The questioners need to take a look at education documents required by state. These are the documents that form the education environment and we realize them,” she said, noting that these are the reasons the examination rules are changed constantly.

The SEC chairwoman stressed the necessity of defining the purpose of a project before realizing it.

“We should choose best applicants from entrance examinations. And final examinations check children’s compatibility with certain government standards in terms of skills and knowledge. Tests vary based on that,” she added.

Abbaszade noted that nearly 113,000 ninth graders are registered in the SEC base and 85,000 of them have already passed some exams.

Azerbaijan has begun holding monitoring exams since 2014, the SEC chairwoman said, adding. “As many as 85,459 students (39,575 on the Azerbaijani language, 40,234 on mathematics and 5,650 on the Russian language) took part in the monitoring exams held in 2013-2016. Extensive studies have been conducted on the basis of the results of these exams.”

According to her, in early 2016, the scientific and statistical analysis of the exam results was presented to the public in a separate magazine both in an electronic and written form.

“During the year, the e-magazine has been downloaded 3,400 times. As a result of meetings held in the last two months with the teaching staff in districts, extra 500 downloads were realized,” said Abbaszade.

She stressed that SEC intends to charge for downloads from its website.

“I recommend downloading the e-magazine now as it is free. From January 1 on, those wising to download the e-magazine will have to pay at least one manat,” she said.