Bodies of Tu-154 crash victims to be identified in Moscow 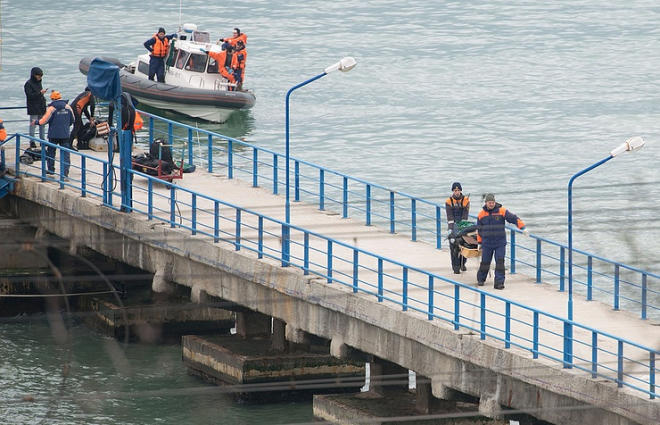 The bodies of those killed in the Tu-154 plane crash in the Black Sea near the Russian city of Sochi will be identified in Moscow, the press service of the Russian ministry of transport said on Sunday.

A Tu-154 plane from Russia’s Ministry of Defense vanished from radar screens at 05.40 a.m. Moscow time (02.40 a.m. GMT) shortly after taking off from the Black Sea resort of Sochi.

According to the latest information from Russia's Defense Ministry, there were 92 people on board the aircraft, consisting of 8 crew members and 84 passengers. Among them was the Executive Director of the Fair Aid charity fund, Elizaveta Glinka, also better known to the Russian public as Dr. Liza, as well as servicemen and reporters, including from Channel One, Zvezda and NTV.

The plane was also carrying more than 60 members of the famous Alexandrov ensemble, an official army choir of the Russian armed forces, who set off to celebrate the New Year with the air group of Russia’s Aerospace Forces at the Hmeymim air base in Syria. The choir’s conductor Valery Khalilov was also on the list of passengers.

The Defense Ministry said that debris from the Tu-154 had been found 1.5 km off the coast of Sochi at the depth of 50-70 meters. Some ten dead bodies of the crash victims have been found. It seems no one has survived. A search operation is underway.