Christians pray for victims of terror in Turkey 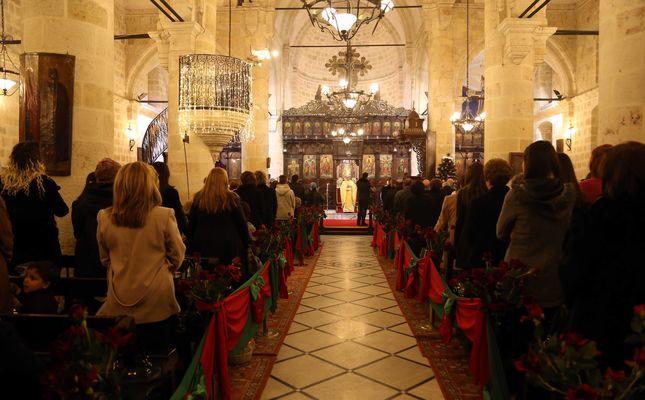 Turkey's Christian community marked Christmas Eve with religious services on Saturday night, expressing hope for a return of peace in the country rocked by a string of terror attacks and praying for terror victims.

Axar.az reports that, Churches all across Turkey were filled with followers and people from other faiths celebrating Christmas, from the southeastern city of Diyarbakır to Istanbul further west.

In Diyarbakır, where PKK attacks claimed the lives of civilians and security personnel and destroyed historic buildings in the city, Assyriac Christians marked a gloomy Christmas Eve at the historic Meryem Ana (Virgin Mary) Church.

Meanwhile, the Christian community in Istanbul convened at St. Anthony of Padua church, the largest Roman Catholic place of worship in Istanbul. The church is located in the city's Beyoğlu district, which historically has been home to a Christian population for centuries.
The church hosted expats living in Istanbul as well as the local Christian community. Amid prayers in English, Polish and Italian, the faithful marked the occasion in a somber ceremony.

In a Christmas message to Turkey's Christian community, President Recep Tayyip Erdoğan said Turkey had a state tradition for thousands of years that allowed peaceful coexistence of diverse faiths and cultures.
"Today, as followers of this deeply-rooted tradition, we embrace those fleeing war and oppression," President Erdoğan said, referring to Turkey's open-door policy for refugees.