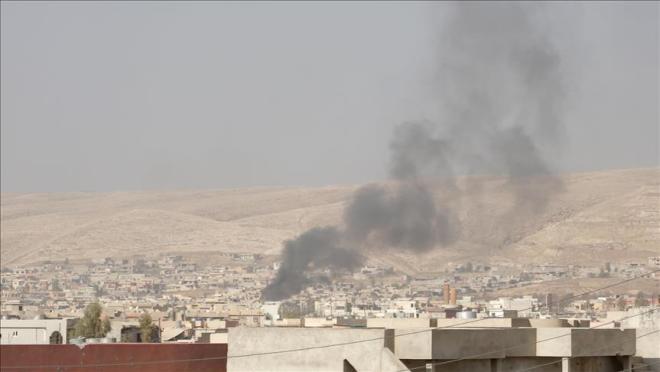 Seven Iraqi soldiers were killed in deadly clashes with ISIS militants in Mosul on Sunday amid a major offensive to recapture the northern city from the terrorist group.

He said Iraqi troops backed by U.S.-led coalition warplanes, however, managed to thwart the attack.
“Seven soldiers were killed and four others injured in the attack,” he said.

No information was yet available about ISIS losses in the fighting.

On Saturday, Iraqi forces resumed its offensive in Mosul -- which began in late October -- after a week-long hiatus.
Iraqi officials have vowed to recapture Mosul, Iraq’s second largest city, from ISIS before the year-end.

The city was overran -- along vast swathes of territory in northern and western Iraq -- by ISIS in 2014.