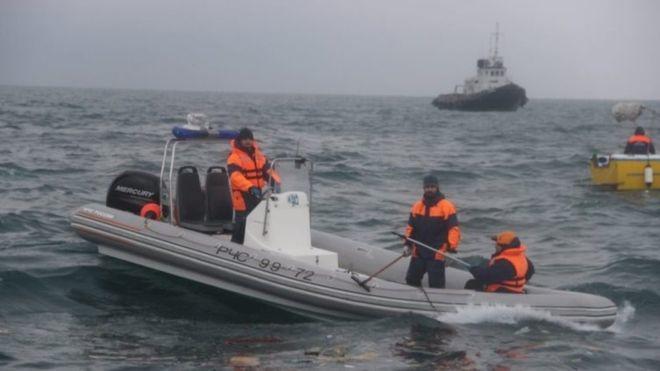 A huge search operation is continuing for a Russian military plane with 92 on board which crashed into the Black Sea.

Axar.az reports, more than 3,000 people, including 109 divers, as well as ships, planes, helicopters and submersibles are involved in the operation near Sochi.Some fragments of the plane have been found, but initial reports that the fuselage was sighted have been denied.

The Tu-154 plane carrying soldiers, musicians and reporters was heading for Syria. All on board are feared dead.

Monday has been declared a national day of mourning.
Emergency officials said initial information suggested the fuselage was located 27m (89ft) below the surface and 1.7km (one mile) from the shore in the direction of the runway.

But the ministry later said it was not the fuselage but four fragments of the plane, one of them 4m long, that had been discovered.

The defence ministry said two parts of the plane's control systems had been found and brought to the surface.