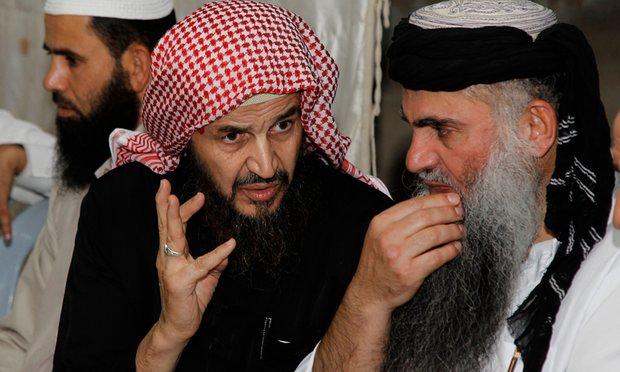 Twitter has suspended the account of Jordanian preacher and al-Qaida spiritual leader Abu Qatada, along with two other influential scholars aligned with the extremist group.

The three accounts, which between them had tens of thousands of followers and were used several times a day, were at the heart of an online network of al-Qaida supporters, said Cole Bunzel, scholar of jihadism at Princeton University.

The accounts focused mostly on the war in Syria, frequently attacking Islamic State, but also commented on other issues, from law to religious judgments.

“Attacking the west is not a priority in their messaging,” Bunzel told the Guardian. He added that Abu Qatada and Abu Muhammad al-Maqdisi’s commentary had mostly been limited to the war in Syria.

Twitter has cracked down heavily on Isis supporters, leading them to shift towards alternative messaging services including Telegram, but al-Qaida supporters have not been so heavily targeted.

It was not clear what had prompted the shutdown, or whether the move would cause al-Qaida supporters to embrace other social networks. So far only major figures appear to have been targeted by Twitter, not their supporters, he said. “The people who were retweeting and interacting with these ‘big three’ online: they are still online, still communicating.”

Qatada was deported from the UK to Jordan to face terror charges after a court battle lasting nearly 10 years with a series of British home secretaries. Last summer he was released from custody after being acquitted of all charges. Since his release, he has become an increasingly vocal critic of Isis.

Maqdisi, regarded as the most influential jihadi scholar alive, is counted as a close friend by al-Qaida leader Ayman al-Zawahiri.

Twitter said it could not comment on individual accounts, for privacy and security reasons, but a spokesperson said: “We condemn the use of Twitter to promote terrorism and the Twitter rules make it clear that this type of behaviour, or any violent threat, is not permitted on our service. Since the middle of 2015 alone, we’ve suspended more than 360,000 accounts for threatening or promoting terrorist acts, primarily related to Isis.”