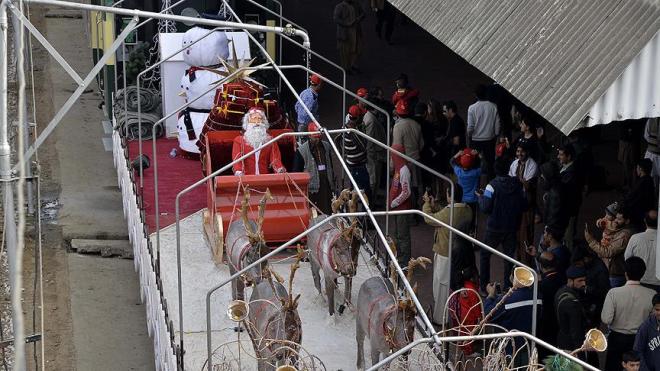 Police say the death toll from consuming tainted liquor during the Christmas holiday in eastern Pakistan has jumped to 27.

Local police officer Atif Imran Qureshi said Tuesday that dozens of people were transported to hospitals in the town of Toba Tek Singh in Punjab province after they consumed contaminated alcohol. At least 45 people were treated for poisoning, the Reuters news agency reported.

A total of 15 people died, and another 12 people died elsewhere the day before.

“The maker and supplier of the toxic liquor is also included among the dead,” Bilal Kamyana, a senior police official, told Reuters.

“The maker prepared liquor at home and sold it in polythene bags for 500 rupees (about $5) each,” Kamyana continued.

Alcohol is prohibited in Muslim-majority Pakistan, but Pakistani laws allow non-Muslims to purchase alcohol from licensed shops. Most poor Christians buy homemade liquor - which is more affordable but causes deaths almost every year.