Iran refuses to cooperate with USA 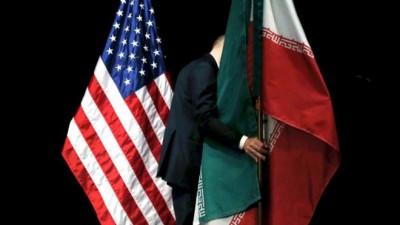 Iranian Defense Minister Hossein Dehghan said that Iran will never the United States on the Syrian issue, because the US-led coalition "has no real intentions" to fight against Daesh terrorists either in Iraq or in Syria.

Axar.az reports that, Iran has never coordinated its actions in Syria with the United States and will never do it in the future, Iranian Defense Minister Hossein Dehghan said Tuesday.
According to the minister, the US-led coalition "has no real intentions" to fight against Daesh terrorists either in Iraq or in Syria.

Militant Groups Must Launch Talks With Syrian Authorities - Iranian DM Hossein Dehghan also said that Iran does not deploy troops in Aleppo, but can send military advisers there if necessary. "Iran does not have troops there. The Syrian Army is responsible for accomplishing tasks in Aleppo," Dehghan said in an interview with RT television commenting on the possibility of sending regular military units to the city to help maintain security. "If necessary, we can send military advisers there for consulting purposes," Dehghan stressed