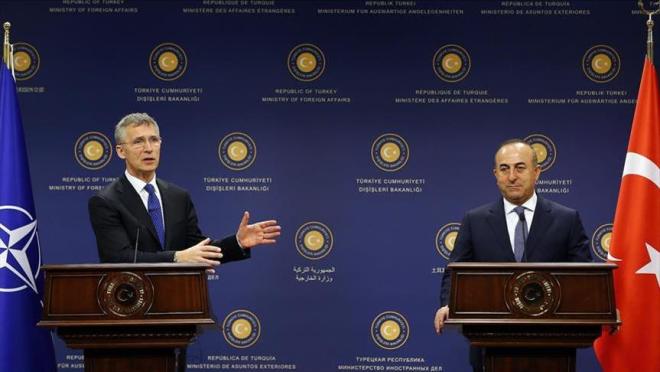 Axar.az reports that, the phone call took place upon the request of NATO, diplomatic sources stated.

Stoltenberg reportedly underlined that NATO was supporting the ceasefire process.

Foreign Minister Chavushoglu and the NATO Secretary General also discussed current developments in Syria and future steps to be taken within this period.

Military training and ordnance activities in Iraq, the coalition's air support in al-Bab, developments in Libya and NATO support for Turkey were also among the issues that were discussed.

Chavushoglu and Stoltenberg also agreed on coming together to meet in person as soon as possible.

Ankara and the Kremlin announced on Thursday that Turkey and Russia had agreed on a nationwide cease-fire plan in Syria that will end all hostile activities between the moderate opposition and the Assad regime.

Under the cease-fire deal, the Assad regime and opposition will halt their aggressive activities against each other across Syria. The deal, which was brokered by Ankara and the Kremlin, will exclude terrorist groups recognized by the United Nations Security Council.