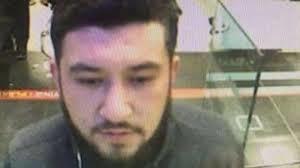 The photos of the person who committed the terrorist act in Istanbul found Turkey.

Axar.az reports that it was claimed the person in charge of the massacre is the a member of Islamic terrorist organization "Turkistan Army".

It is revealed that, "Turkistan Army" consisted of the terrorists from Afghan, Chechen and Central Asia.