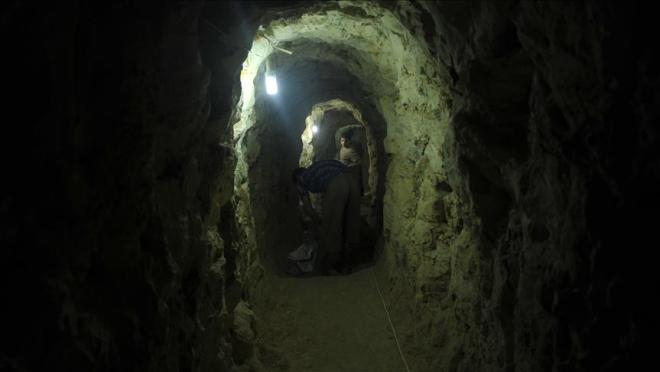 Axar.az informs that, in a statement, Army Colonel Tamer al-Rifai said the mouths of the 12 tunnels -- all of them located in northern Sinai -- had been destroyed.

He did not say, however, when exactly the demolition operations were carried out.

Blockaded by both Israel and Egypt since 2007, the Palestinian Gaza Strip has relied on the network of cross-border tunnels for years to import badly-needed supplies, including food, fuel and medicine.

Since the 2013 ouster of elected President Mohamed Morsi by the military, however, the Egyptian army has destroyed many of the tunnels, which it says are used to support militant activity in Sinai.

In recent months, the Egyptian army has been methodically flooding the cross-border tunnel network with seawater from the Mediterranean.

In 2014, the Egyptian authorities began setting up a "buffer zone" along the border with Gaza following a spate of militant attacks on Egyptian security personnel deployed in the volatile peninsula.