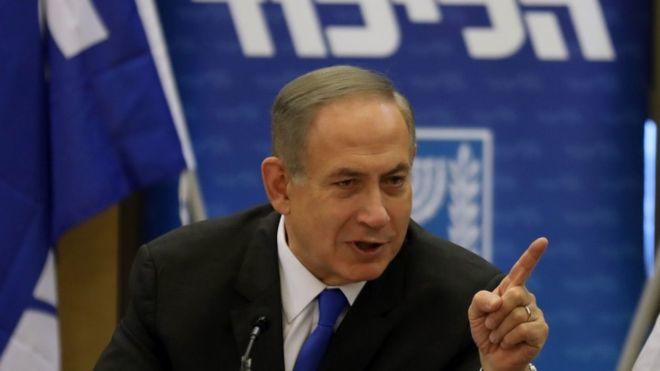 Israeli police have arrived at the home of Prime Minister Benjamin Netanyahu as part of an inquiry into corruption allegations.

Ahead of their arrival, Mr Netanyahu again denied any wrongdoing.

He told the media and political rivals to "hold off partying", adding: "Nothing will happen, because there is nothing."

Israeli media have reported allegations that he has received significant gifts or "favours" from businessmen.

Three investigators are reportedly questioning the PM at his central Jerusalem residence.

Mr Netanyahu told his Likud party legislators earlier on Monday: "We hear all the media reports. We see and hear the festive spirit and atmosphere in television studios and in the corridors of the opposition.