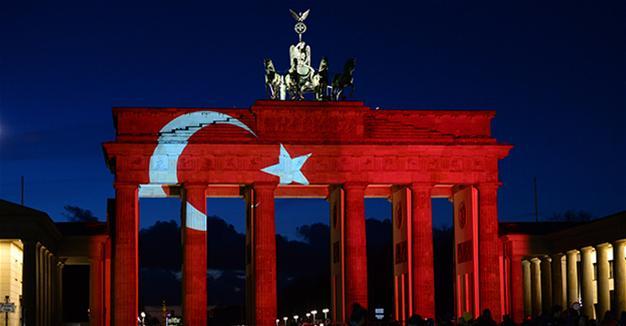 Berlin’s landmark Brandenburg Gate on Jan. 2 was illuminated in the colors of the Turkish flag to pay tribute to the victims of the Reina nightclub attack in Istanbul which killed 39 people on Jan. 1.

The historic gate was illuminated in red to show solidarity with its sister city after a decision from Berlin Mayor Michael Müller.

Many people gathered at Pariser Square housing the gate during the process of illumination.