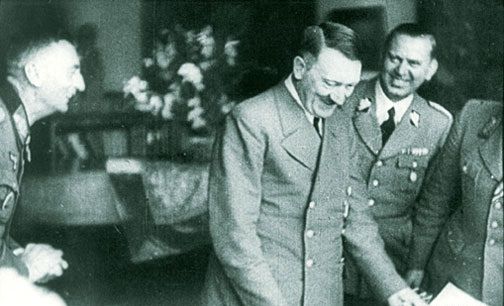 The German publisher of a special annotated edition of Adolf Hitler's Mein Kampf says sales have soared since its launch a year ago.
Axar.az reports that, about 85,000 German-language copies of the anti-Semitic Nazi manifesto have been sold. Publisher Andreas Wirsching said "the figures overwhelmed us".

He is director of the Institute of Contemporary History (IfZ) in Munich.

At the end of January the IfZ will launch a sixth print run. The book contains critical notes by scholars.

Unlike the Nazi-era editions, the IfZ's Mein Kampf (My Struggle) has a plain white cover - without a picture of Hitler. The swastika and other Nazi symbols are banned in Germany.

Mr Wirsching told the German news agency DPA that the IfZ was planning a shorter, French-language edition. "But two-thirds of our commentaries will be translated" for it, he said.
The first print run in Germany in 2016 was 4,000 copies.