"Terrorist" had played no part in the attack - Photo 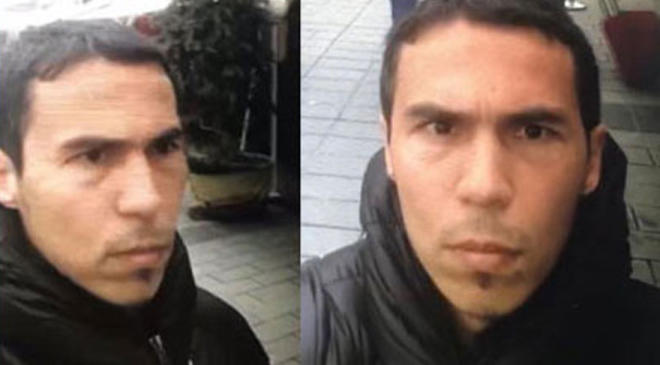 Kyrgyzstan has ruled out a suspect named in media reports in connection with the new year attack on an Istanbul nightclub that killed 39 people.

Axar.az reports that, an image of a Kyrgyz passport purportedly belonging to the suspect circulated on social media.

But Kyrgyz authorities said they had questioned the man and that he had played no part in the attack.

Turkish police issued images of a suspect on Monday but have given no further details of the search.

The passport image circulated on social media shows a similar-looking man to the suspect, but the head of the Kyrgyz security services told the BBC that the passport holder was not involved.

Rakhat Sulaimanov said the man had been questioned by both their agents and Turkish security and that he had nothing to do with the attack.

Police images of suspect, undatedImage captionUndated images of the suspect released by Turkish police on Monday

The Kyrgyz authorities say they were not contacted by their Turkish counterparts about the possible connection. Tairbek Sarpashev from the Kyrgyz state registration service, said they only started to investigate the man in question after seeing the media reports.

Turkish media have said the man police are investigating is from Central Asia and had rented a flat in the central city of Konya with a woman believed to be his wife and two children, who have been detained.