Afghan forces kill 58, including 10 IS members 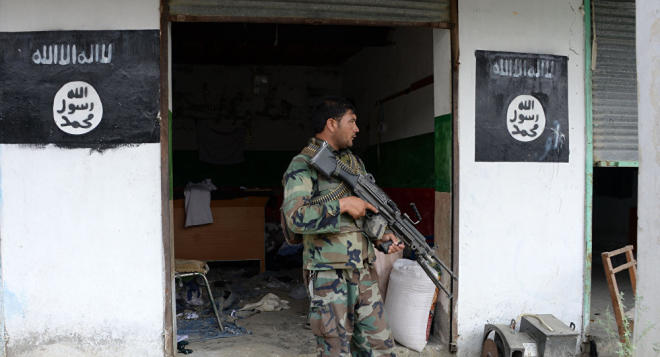 Afghanistan's National Defense and Security Forces have killed a total of 58 militants, among them two local Taliban commanders and 10 ISIS members, the country's Defense Ministry announced. "During the past 24 hours, Afghan National Defense and Security Forces conducted joined offensive operations in order to protect the lives and properties of people also defeating the insurgents in different parts of the country that as a result, 58 insurgents including 2 Taliban Local commanders and 10 ISIL members were killed and 23 others were wounded," the ministry said in a statement issued on Tuesday.

The joint operations were held in 18 Afghan provinces, the ministry added.

Afghanistan is suffering from the activity of Taliban, a militant group formed in the 1990s, seeking to establish a strict Sharia law in Afghanistan and Pakistan. The crisis in the country prompted the emergence of local cells of other extremist organizations such as the ISIS terrorist group, which is outlawed in Russia and numerous other countries.