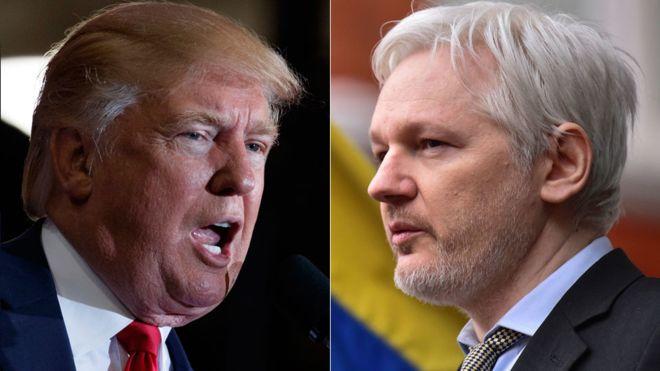 Axar.az reports that, Mr Assange said Russia was not the source for the site's mass leak of emails from the Democratic Party.

Mr Trump has now backed that view in a tweet. He wrote: "Assange... said Russians did not give him the info!"
The president-elect has repeatedly refused to accept the conclusions of the US intelligence community.

Several US agencies including the FBI and the CIA believe Russia directed hacks against the Democratic Party and the campaign of its presidential candidate Hillary Clinton.

The information, released through Wikileaks and other outlets, was intended to help Mr Trump win the election, say the FBI and CIA.
On Tuesday evening, Mr Trump said an intelligence briefing he was due to receive on the issue had been delayed.

"Perhaps more time needed to build a case. Very strange!" he wrote.
But US intelligence officials insisted there had been no delay in the briefing schedule.