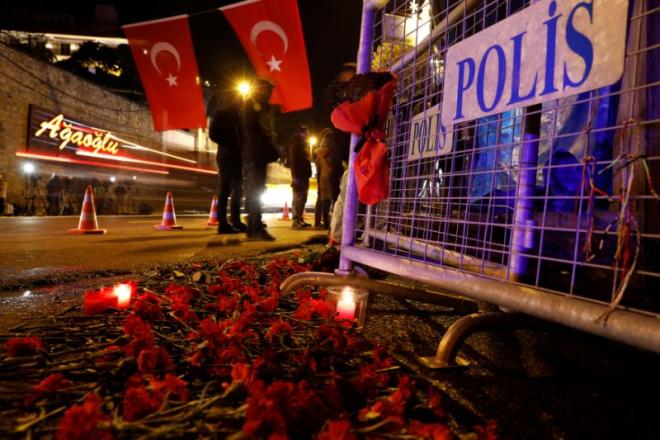 Turkey has arrested a number of people of Uighur ethnicity over a deadly nightclub attack that killed 39, the state-run news agency reports.

Axar.az reports that,those detained are believed to have come from China's Xinjiang region with ties to the attacker.

Deputy PM Veysi Kaynak also said they were closing in on the gunman, who he said was possibly an ethnic Uighur. Also on Thursday, there was an explosion near the courthouse in the city of Izmir in western Turkey.