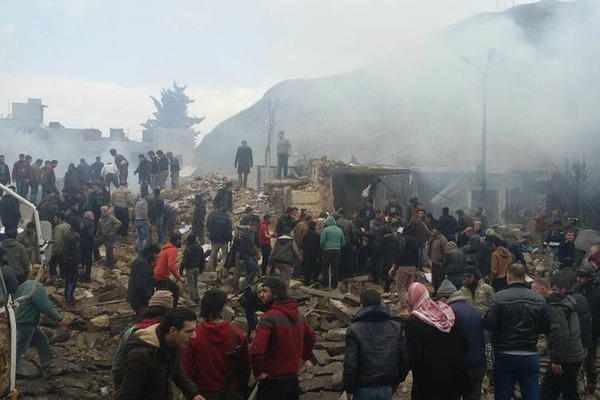 At least 60 people were killed Saturday by a car bomb attack in Aleppo’s opposition-held Azaz district in northwestern Syria, according to a pro-opposition Syrian civil defense official.

Axar.az reports that, an explosive-laden vehicle blew up in front of a local court in the center of Azaz.

The attack caused severe destruction in the area.

For his part, Doctor Abu Hasan who works at a local hospital in Azaz, also told that 60 people were killed and more than 50 civilians injured in the incident.

Late last month, Syrian opposition forces and the regime reached a cease-fire deal, brokered by Turkey and Russia, to evacuate civilians from eastern Aleppo to safe areas in opposition-held Idlib.

Syria has been locked in a devastating war since early 2011, when the Bashar al-Assad regime cracked down on pro-democracy protests – which erupted as part of the Arab Spring uprisings – with unexpected ferocity.