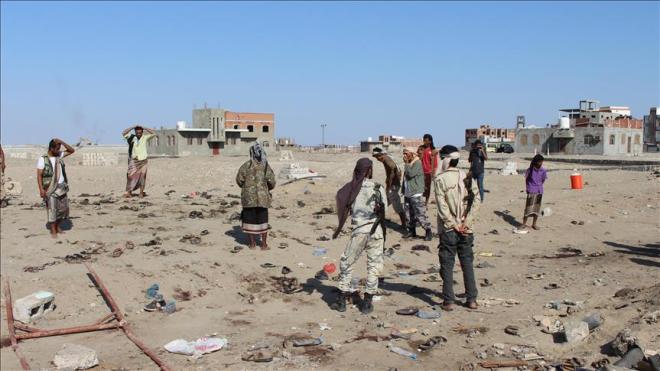 Six Yemeni soldiers were killed and another 20 injured Saturday by a suicide bomber that targeted a checkpoint in southern Abyan province, according to a local source.

The Yemeni government has yet to issue an official statement regarding the bombing.

Since Al-Qaeda lost Abyan to government forces last August, the group has continued to carry out sporadic attacks on security personnel deployed in the area.