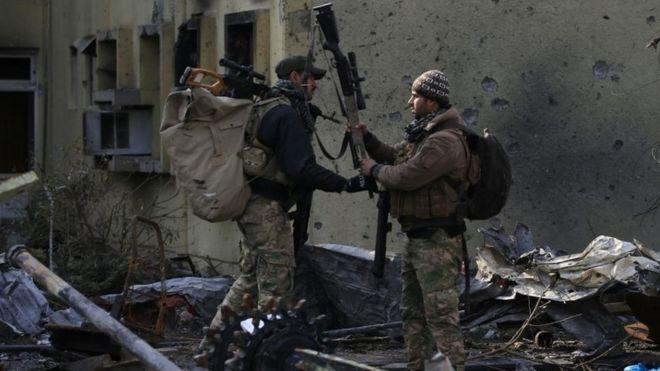 Iraqi government forces fighting so-called Islamic State (IS) in Mosul have reached the banks of the Tigris river in the city for the first time.

Axar.az reports that, a spokesman for the counter-terrorism forces said they had reached the eastern side of the river at one of the bridges damaged by IS.

Government forces launched an offensive to drive IS from its last major stronghold in Iraq last October.
They have been pushing into the city district by district from the east.
The military said counter-terrorism forces (CTS) had also fought IS near a historic site close to the bridge.

Lt Gen Abdelwahab al-Saadi was quoted by Reuters as saying troops advanced in two directions towards the Baladiyat and Sukkar districts.

"During the advance, Daesh (IS) tried to confront us from the historic hill," he said. It is thought this could refer to a hill near the ruins of the ancient Assyrian city of Nineveh.
Gen Saadi said warplanes from the US-led coalition killed dozens of IS militants who were using the hill as a position to fire from.