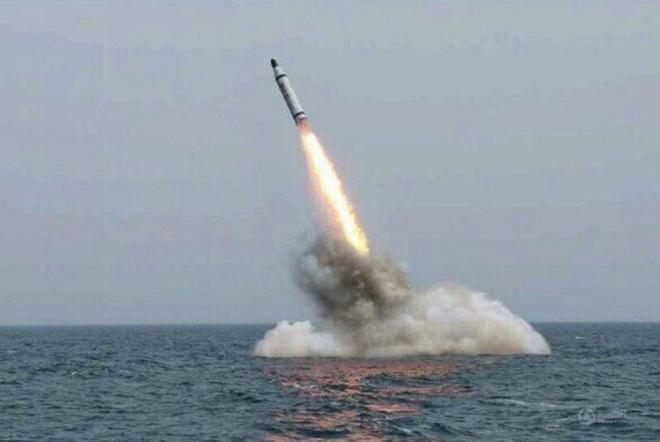 Pakistan fired its first submarine-launched cruise missile on Monday, the military said, a show of force for a country that sees its missile development as a deterrent against arch-foe India.

The launch of the nuclear-capable Babur-3 missile, which has a range of 450 km (280 miles) and was fired from an undisclosed location in the Indian Ocean, is likely to heighten long-running tension between India and Pakistan.

The nuclear-armed neighbours have fought three wars since independence from Britain in 1947. Both nations have been developing missiles of varying ranges since they conducted nuclear tests in May 1998.

"Pakistan eyes this hallmark development as a step towards reinforcing the policy of credible minimum deterrence," the military's media wing said in a statement.
A spokesman at the Indian defence ministry was not immediately available to comment on the Pakistani missile test.

The Pakistani military said the Babur-3 missile was "capable of delivering various types of payloads and will provide Pakistan with a Credible Second Strike Capability, augmenting deterrence".

An army spokesman later confirmed the language meant the missile was equipped to carry nuclear warheads.