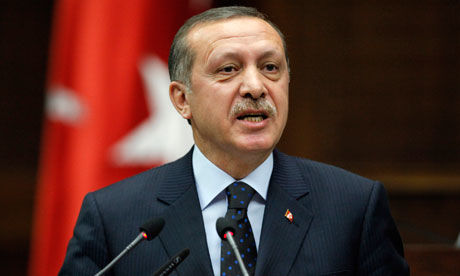 Turkish president has pledged to fight against Islamophobia and xenophobia, which he said "turned out to be a serious security threat for our citizens living abroad".

Axar.az reports that, "Islamophobia and xenophobia will be high on the agenda of our state," Recep Tayyip Erdogan told the ambassadors attending the 9th Ambassadors Conference in capital Ankara on Monday.

Erdogan called on Turkish ambassadors from all around the world to carry out "a fight of law, public relations, and civil society" against those circles, which he said "encourage violence, terror, and hatred against our country and citizens".

"We should fight together with other Muslim communities and migrants who are faced with the same problem," he said.

Turkish president said some Western politicians who "are unable to solve" economic and financial issues "cling onto this abuse [Islamophobia] as if it were a life ring".

"And based on that, we are witnessing a rise in attacks against Muslims' places of worship, businesses, and institutions.

"This is playing with fire. Our concerns over the safety of Muslim minorities has risen because of the increasing racism in the West."