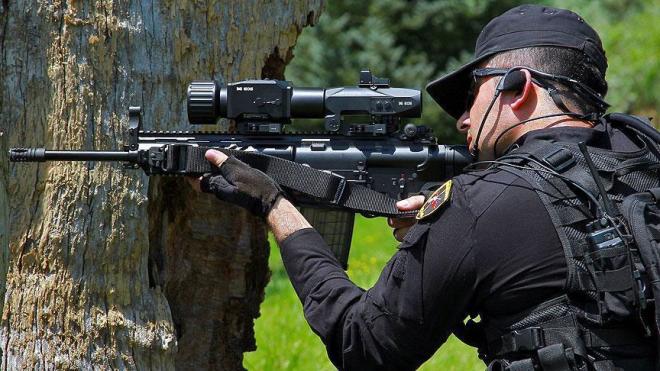 The new rifles will be distributed to 500 Turkish troops by the manufacturer Mechanical and Chemical Industry Corporation (MKEK).

Axar.az reports that, MPT-76 Rifle Designs to US The MPT-76 rifle (National Infantry Rifle) was designed and produced by Turkey's state-owned MKEK in an effort to replace the Turkish army's aging arsenal of German Heckler & Koch G3 battle rifles.

The MPT-76 was first tested by the army in 2014, when ground troops received a shipment of 200 rifles. Feedback and improvements followed. The rifle is expected to become the new standard army weapon in Turkey. It shoots 7.62 mm NATO rounds and is based on the US AR-15 rifle while using a gas piston system similar to that of Heckler & Koch weapons.