Palestinian Embassy opens at the Vatican 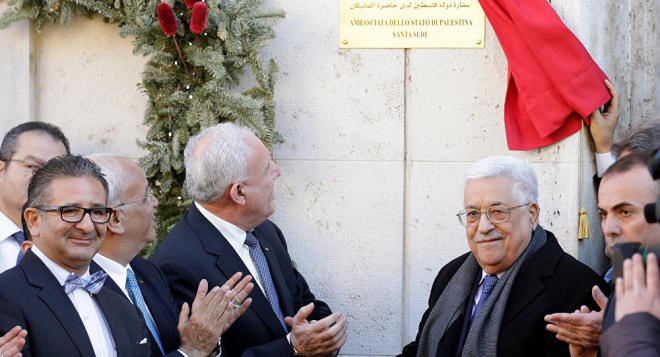 On Saturday Palestine will open its first embassy in the Vatican, a diplomatically significant development in the midst of ongoing threats by President-elect Donald Trump to illegally move the U.S. embassy from Tel Aviv to Jerusalem, and an international peace conference on Israel and Palestine which begins on Sunday in Paris.

Axar.az reports that, Palestine's ambassador to the Vatican, Issa Kassissieh, said the embassy was "a significant achievement for the Palestinian people," adding that Argentine-born Pope Francis had made an IMPORTANT

“moral, legal and political stand through recognizing the state of Palestine along the pre-1967 borders."

Palestine has formal diplomatic missions to over 90 countries and has had official diplomatic relations with the Vatican since 2000.