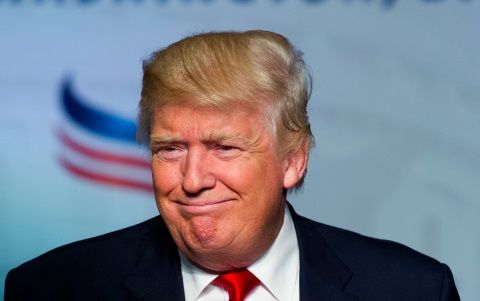 Donald Trump, whose early-morning rants and policy pronouncements on Twitter have left the world hanging on his every typed word, said he doesn't like using the social media platform in comments to air Wednesday.

"I have other things I could be doing. But I get very dishonest media, very dishonest press. And it's my only way that I can counteract," he said in excerpts of the interview released late Tuesday.

Since winning the presidency in November, the Republican has exploited Twitter to make administrative announcements, weigh in on foreign policy - and hurl barbs at anyone who crosses him.

Asked if he would continue to use it as president, Trump said: "Yes."

Over the weekend, the billionaire businessman became embroiled in his latest Twitter spat when he tangled with civil rights movement icon Congressman John Lewis.

The 76-year-old said he would not attend Trump's inauguration on Friday, citing what he called Russian interference in the election.

"Congressman John Lewis should spend more time on fixing and helping his district, which is in horrible shape and falling apart (not to mention crime infested) rather than falsely complaining about the election results," Trump tweeted in response.