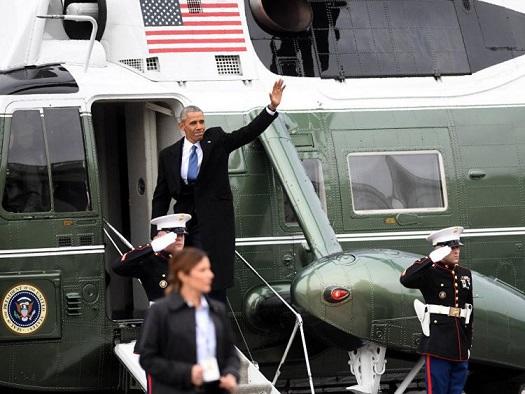 Former-President Barack Obama and and wife Michelle left the White House for the last time by helicopter.

Axar.az reports that, following the inauguration of Donald Trump as the 45th President of the US, the Obamas have officially jetted out of Washington.

The couple were seen walking hand-in-hand towards a Marine helicopter after a “just presidents” photoshoot for Obama and Trump.

Trump, 70, and wife Melania escorted them to the steps, where he could be seen saying something in Obama’s EAR

– which many have suggested looked like “I’ll call you”.