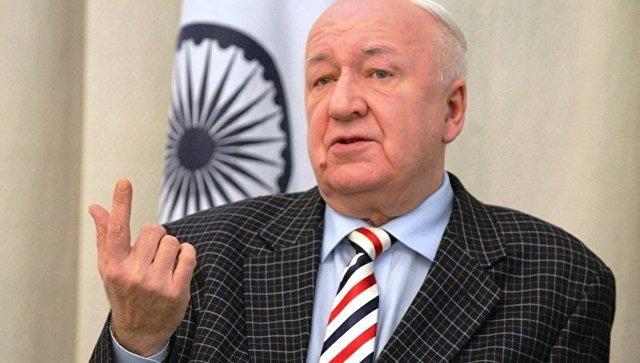 Russian Ambassador to India Alexander Kadakin died from illness at the age of 67 in New Delhi, the Russian Embassy in India said Thursday.

"The Russian Embassy in the Republic of India informs with deep sorrow that Russia's Ambassador Extraordinary and Plenipotentiary to India A. M. Kadakin has died after a brief illness in one of the central hospitals of New Delhi," the embassy said.

Kadakin served as Russian ambassador to India since October 2009, following a 1999-2004 stint at the post.

Kadakin was born in Chisinau, present-day Moldova, on July 22, 1949. He graduated from the Russian Foreign Ministry's Moscow State Institute of International Relations in 1972, after which he launched a diplomatic career at the Soviet Embassy in India.

The embassy said the late ambassador's "entire diplomatic career has been closely linked with the development of Russian-Indian relations since 1971."