US anti-abortion activists rally in DC 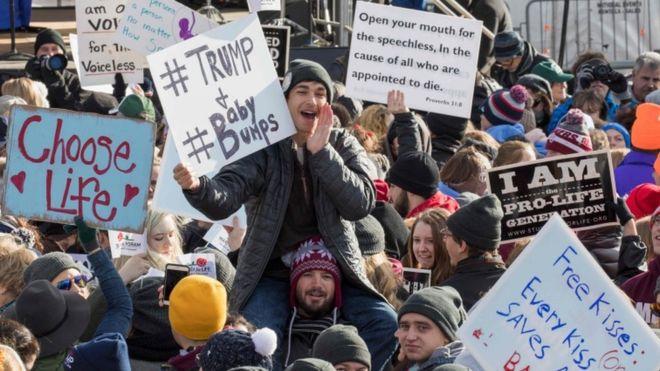 Anti-abortion activists are gathering in Washington to join the annual March for Life protest that has the support of President Donald Trump.

Axar.az reports that, organisers expected thousands of people to join the event, held each year to mark the anniversary of the Supreme Court decision legalising abortion.

It comes less than a week after a large protest against Mr Trump was held in the nation's capital city.
An estimated 500,000 people protested for women's rights last Saturday - including many supporters of abortion rights - at the Women's March.
The vice-president is the first president or vice-president to attend the rally.

Former Presidents Ronald Reagan and George W Bush have also addressed the crowds in the past, but over the phone.
As governor of Indiana, Mr Pence signed some of the most restrictive laws designed to prohibiting the procedure. He is the first sitting vice-president to speak to the March.
Senior White House adviser Kellyanne Conway also address the crowd.
Mrs Conway became the first woman to manage a successful presidential campaign when she helped lead Donald Trump to victory in November.