French FM: Terrorism has no nationality 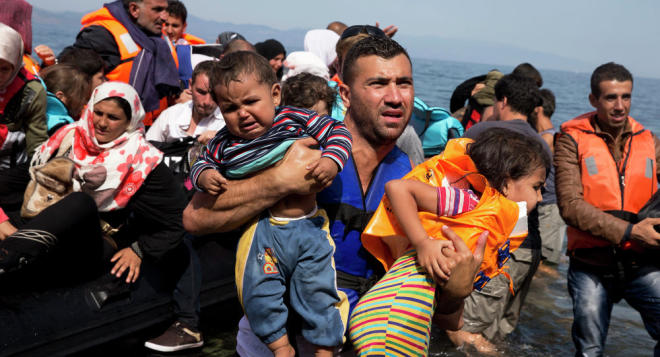 Refugees should be welcome and discrimination cannot help in the fight against terrorism, French Foreign Minister Jean-Marc Ayrault said Sunday in light

Axar.az reports that, on Friday, Trump signed an executive order suspending the entry to the United States for citizens from Iran, Iraq, Libya, Somalia, Sudan, Syria and Yemen, including refugees and dual citizens, for 90 days.

"Hosting refugees is a duty of solidarity. Terrorism has no nationality, discrimination is not an answer," Ayrault wrote in his Twitter.

with Russia's President Vladimir Putin in the Oval Office at the White House in Washington, U.S. January 28, 2017

The measure, which was meant to boost security, has been widely criticized in the United States and around the world.
Earlier in the day, German government spokesman Steffen Seibert said Chancellor Angela Merkel stressed that the fight against terrorism did not justify such restrictions. The spokesperson for UK Prime Minister Theresa May also expressed disagreement with the new US policy.