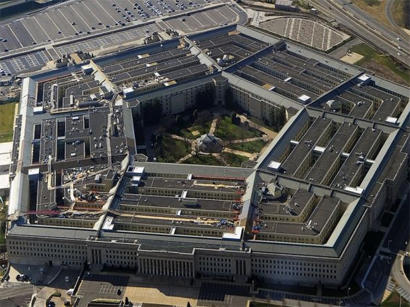 A spokesman for the Pentagon has announced that they are compiling a list of Iraqis who aided the US military to bypass US President Donald Trump’s temporary travel moratorium against seven countries.

The executive order restricts entry for people from Iraq, as well as six other nations identified by the Obama administration as sources of terror.

"There are a number of people in Iraq who have worked for us in a partnership role, whether fighting alongside us or working as translators, often doing so at great peril to themselves," Pentagon spokesman Captain Jeff Davis told Reuters on Monday.

The list of those not subject to Friday’s travel ban will likely include individuals who acted as interpreters or sources of information for US troops.

"We are ensuring that those who have demonstrated their commitment tangibly to fight alongside us and support us, that those names are known in whatever process there is going forward," he added.

Davis did not specify how many names their list would include, or how long it would take for them to compile. According to Davis, there are approximately 5,000 non-US citizens enlisted annually, and an average of 18,700 on active duty, although it remains unclear how many of those are from nations listed on the executive order.

"We have been provided the opportunity by the White House to submit names and we are working forward to do that," Davis told reporters.