IS put a bounty on girl's head for killing 100 members 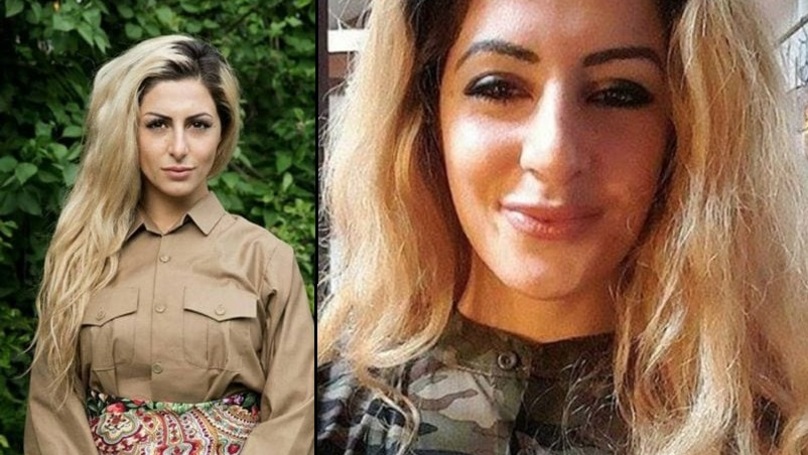 There's a fairly sizable bounty the head of 23-year-old Joanna Palani, who is wanted for reportedly killing 100 ISIS militants.

She reportedly shot her first gun at the age of nine and is handy with a sniper rifle, both things that's she's proud of and willing to pass on to Kurdish rape victims.

The victims whom she's teaching to fight are 'more brave than [she] could ever have been at their age,' she told Broadly.

She studied politics in Copenhagen, but dropped her studies to fight ISIS, following in her father's footsteps to become a Peshmerga fighter.

However, once she returned to Denmark to visit her family she had her passport confiscated by the Danish authorities and could face being jailed and is unable to return to the frontline.

"I was willing to give up my life and my freedom to stop ISIS advancing, so that everyone in Europe can be safe," she told Broadly. "But I am seen as a terrorist by my own country.

"Honestly, there were some times I was afraid. There were times when I wished I would survive, yes. But there wasn't one single second where I wished I was home again. I knew I was in the right place."

She continued: "I am a European Kurdish girl. Most of my beliefs and morals are European. I couldn't live in Kurdistan for more than one or two years-it is not very comfortable there as a woman for me.

"I would rather choose public justice than personal happiness. I would give my life for Europe, for democracy, for freedom and for women's rights."

For now Joanna is staying in Copenhagen to complete her studies, but does hope of returning to combat ISIS despite the risk of imprisonment.

She believes that she is fighting for all humans and has fallen victim to a law made to fight ISIS - not those fighting against them.