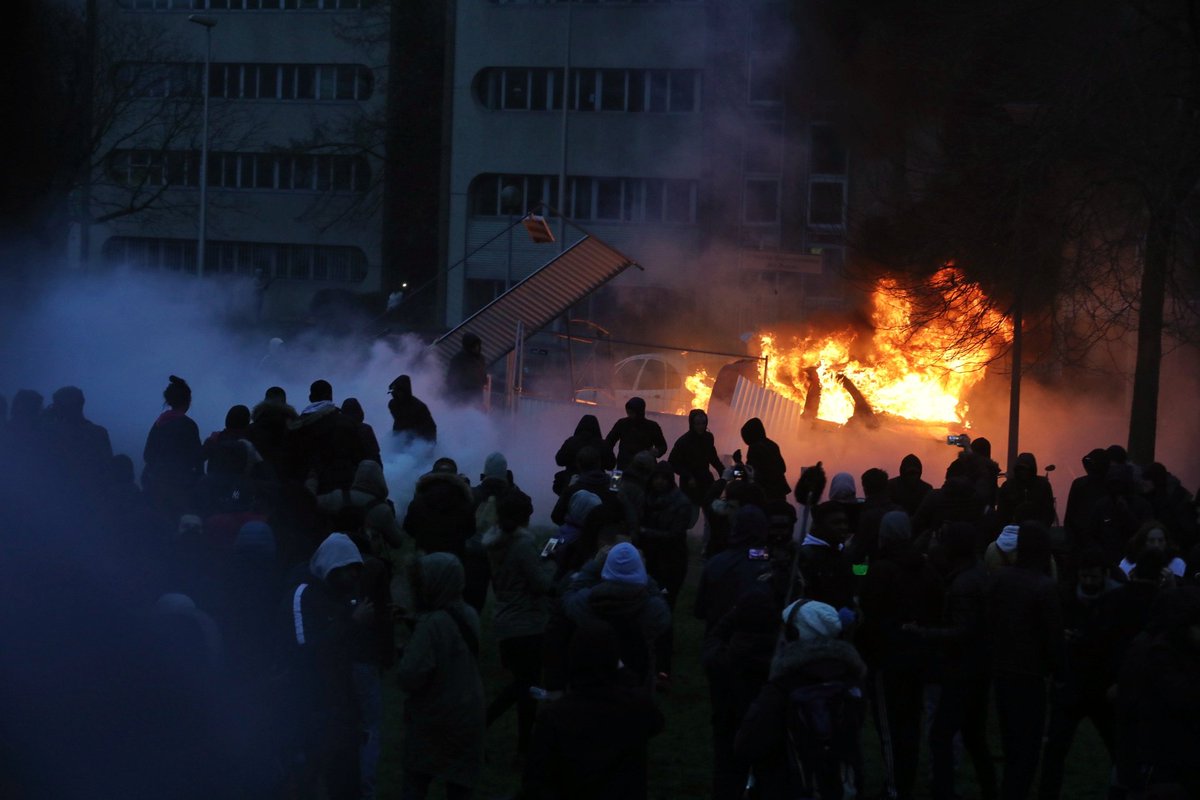 Protesters against police violence have set a car on fire during a rally in the Paris suburb of Bobigny, which followed a police officer’s assault on a 22-year-old man.
An RTL van set on fire by the protesters could be seen burning in the live footage.

Axar.az reports that, dozens of young people have occupied an empty lot in Bobigny in the prefecture of Seine-Saint-Denis department. Some of the protesters have been carrying banners saying “Justice for Theo,” the name of the young man who was sexually assaulted by a police officer with a truncheon.

Hundreds of people gathered in Bobigny not far from the courthouse earlier today to protest police violence, Le Parisien reported. The demonstration began peacefully, but turned violent at around 3pm local time.

“We decided to organize this gathering. The announcement has been running on Twitter, Facebook and Snapchat… it made some noise, it shows how much people can’t stand this situation anymore,” one of the organizers said, according to France Bleu Paris.

The 22 year-old man, identified only as Theo, was attacked with a baton during what police later said was an ID check in Aulnay-sous-Bois (another Paris suburb), on February 2.

A CCTV camera footage shows a police officer “applying a truncheon blow horizontally across the buttocks with a truncheon” and after that Theo’s pants “slipped down on their own," a police source cited by AFP said.

Judging by eyewitness accounts and the video, “there are insufficient elements to show that this was a rape,” the source added.

One of the police officers was charged with rape and three others with aggravated assault. The case is currently under investigation.

Theo believes that the police officer used the baton “on purpose,” television station BFM quoted him as saying.

After a search, Theo was handcuffed and taken to a police car, where officers again insulted him, spat at him and gave him beatings.