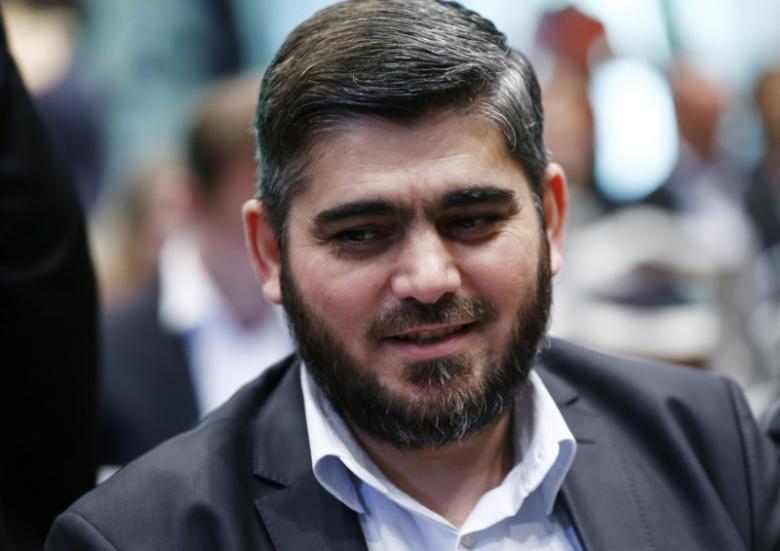 The main opposition group at Syrian peace talks in Geneva plans to meet Russian envoys later on Monday to discuss promises it says Moscow had not kept, a senior negotiator said.

Russia has sought to revive diplomacy since its air force helped the Syrian army and allied militias defeat rebels in Aleppo in December, President Bashar al-Assad's biggest victory in six years of war.

Despite a ceasefire, a weekend of bombings and air strikes in Syria has rattled the talks that began in Geneva last week.

"The (opposition) High Negotiations Committee (HNC) will be meeting today with the delegation of the foreign ministry," negotiator Mohammed Alloush told Reuters when asked if he planned to meet Russian officials.

He said the opposition wanted to discuss "the promises they did not keep."

Russia joined with Turkey and Iran in January to convene negotiations in the Kazakh capital Astana to reinforce a shaky ceasefire that helped pave the way for the new round of U.N.-led peace talks in Geneva.

U.N. mediator Staffan de Mistura said a militant attack in Homs on Saturday was a deliberate attempt to wreck the talks, the first U.N.-led effort in 10 months.

Since then the warring sides have traded blame and appeared no closer to actual negotiations.

"The Russians did not fulfill a ceasefire agreement despite the promises from the highest levels of the Russian delegation," Alloush, a member of the Jaish al-Islam rebel group, said.

Russia and the United States were the prime movers behind the last peace talks, which halted as the war heated up.

With the United States now taking a diplomatic back seat, Russia - whose military intervention has turned the tide of Syria's war - is hugely influential, but diplomats and officials say its endgame is unclear.

Alloush said the opposition also wanted to discuss the humanitarian situation and insist that the Geneva talks should focus on a real political transition.

One source said the meeting was scheduled for Wednesday.