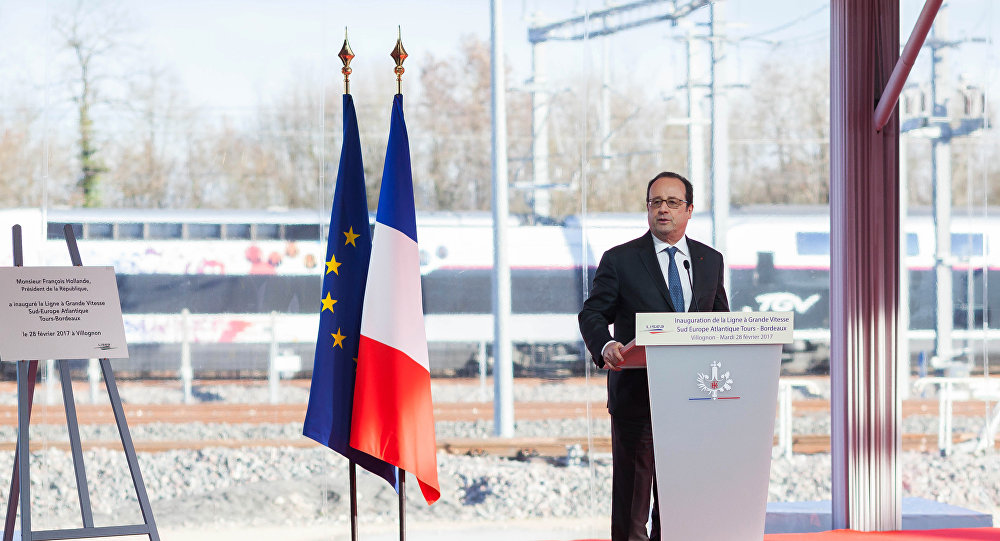 On Tuesday a police sharpshooter accidentally opened fire during a speech by French President Francois Hollande, injuring two people in the process.

Axar.az reports that, Hollande was preparing to reveal the LGV high speed rail line at Villognon, Charente in western France when a shot rang out at the event. After pausing a moment the President said, "I hope that wasn't serious," before continuing his talk.

French media is reporting that the safety trigger on a security agent's weapon was not engaged when it discharged on a nearby rooftop. The agent shot himself in the foot while another bullet struck a cocktail waiter's calf.

The injuries were treated on site, and Hollande reportedly met with both individuals following his 20-minute speech.

Hollande, who first assumed office in 2012, announced in early December 2016 that he would not seek another term as president, with some positing that his unpopularity may weaken the Socialist Party's chance at victory and leave the door open for right wing front-runner Marie Le Pen.