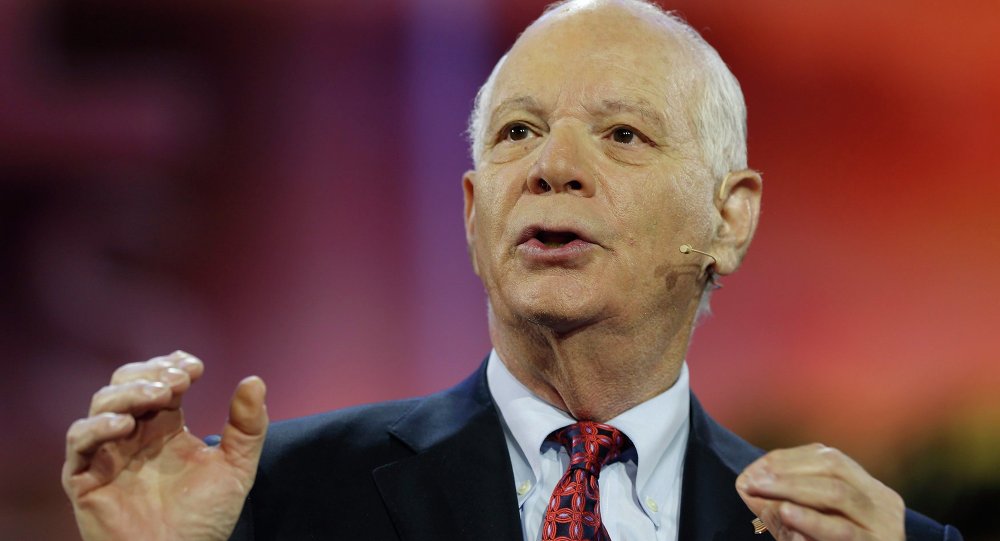 US Senator Ben Cardin stated that US President Donald Trump’s administration should consider imposing additional sanctions on Syrian authorities for allegedly continuing to use chemical weapons.

Axar.az reports that, US President Donald Trump’s administration should consider imposing additional punitive measures on the Syrian government for allegedly continuing to use chemical weapons, Senator Ben Cardin said in a press release on Wednesday.
Russia and China on Tuesday used their veto powers at the UN Security Council vote to block the draft resolution to place sanctions on Syria over the government's alleged chemical weapons use.

"I hope that the Trump Administration will work with willing partners who believe the [Syrian President Bashar] Assad regime should be held accountable for their actions, and impose sanctions along with other measures," Cardin stated.

The senator argued that the vetoes by Russia and China demonstrated that the countries are not committed to stopping Assad from breaching international norms and obligations.