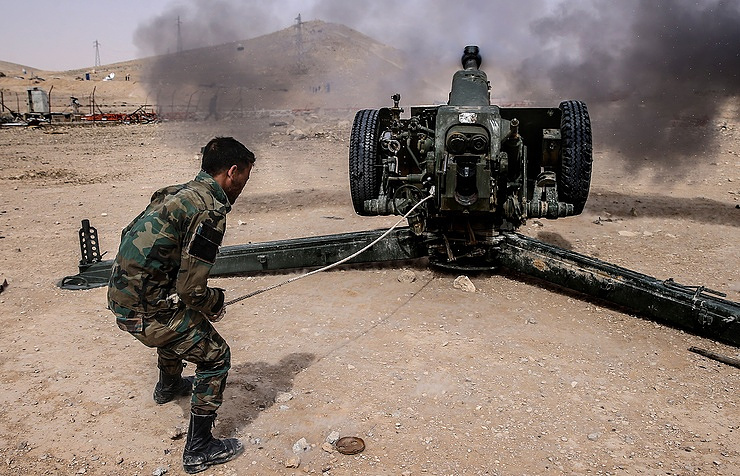 The Syrian army and Hezbollah militia have entered the city of Palmyra (240 kilometers from Damascus), Syria’s Al-Watan daily reported adding that the troops have been advancing towards the archaeological site.

Lebanon-based Al-Mayadeen reports that the Islamic State members have left most parts of Palmyra, planting mines in buildings and on roads. The Syrian army and militiamen have begun to clear the mines.

The Syrian air force is attacking the retreating Islamic State groups from air. As a result, a militant convoy heading to Al-Sukhnah has been eliminated.

The Syrian troops launched an offensive towards Palmyra on Wednesday, after retaking two strategic heights and gaining an opportunity to keep the entire city under fire. Before that, the government forces had seized Fakhreddin's Castle on the western approaches to the city.

A year ago, the operation to free Palmyra lasted two weeks. The Syrian army took the castle on March 25, 2016, and entered the city two days later.

The Islamic State retook Palmyra on December 11, 2016, after the government forces had retreated. The army and militia had evacuated 80% of city residents before leaving Palmyra.