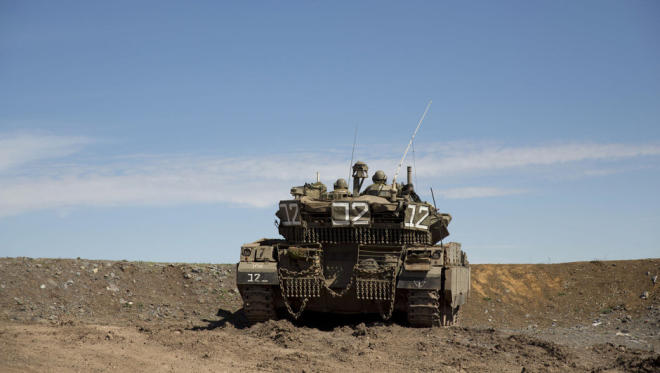 An Israeli military aircraft and a tank targeted two Hamas posts in the Gaza Strip after shelling at Israeli troops, according to official statement.

Axar.az reports that, in Israeli military aircraft and a tank struck Hamas positions in the Gaza Strip on Thursday in response to shots fired at Israeli troops, a spokesperson for the Israeli Defense Forces (IDF) said.

"In response to the attack targeting IDF forces on the Gaza border, an IAF aircraft and IDF tank targeted 2 Hamas posts in the Gaza Strip," the spokesperson said on Twitter.

The spokesperson said earlier on Thursday that shots had been fired at the IDF forces, which hit an Israeli military vehicle during routine activities on the border with the enclave.

Earlier this week, a projectile fired from Gaza hit an open area at Hof Ashkelon Regional Council, however, Israel did not immediately retaliated. The latest armed conflict between Israel and Hamas, an Islamist political and militant group which has been governing the enclave since 2007, took place in 2014. However, the Hamas militants continue firing rockets against Israel, while Israel is targeting Hamas positions in response.