Laugh of Theresa May goes viral on internet 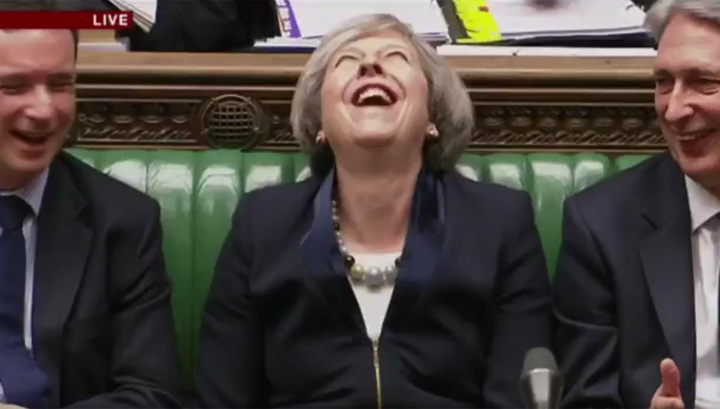 It may be the Chancellor's big day in the spotlight, but Philip Hammond's Budget for Brexit was almost overshadowed by a comical outburst from Theresa May.

The Prime Minister was seen throwing her head back and chuckling wildly 'like a supervillain' as Jeremy Corbyn challenged her in the Commons this afternoon.

It sent Twitter into overdrive, with thousands of people mocking Mrs May for being 'cartoonishly evil' and looking like 'a cat coughing up a hair ball'.

Her reaction was sparked by a suggestion from Mr Corbyn that the UK government had cut a 'special deal' with Surrey County Council to halt a referendum on a 15 per cent council tax hike.